By Victoria A. Rocha

In a story that could have had a tragic ending, a Nebraska family is thanking a sharp-eyed journeyman lineman and his foreman at a public power district for helping rescue their elderly mother who had been missing for two days after her car crashed into a ditch and had gone undetected by other motorists.

Thinking the car was abandoned, he clambered across rough terrain to investigate. “There was no exhaust coming off the car, or heat or steam, so it had been there awhile.”

But inside the car, Schaaf found 86-year-old Wanda Erks, conscious and sitting in the passenger seat with a lot of abrasions, dried blood and “a real shiner on her left eye.”

“I opened the door, and she said, ‘I need a drink of water.’ She was very coherent and asked if I could take her somewhere to get cleaned up.”

Fresh off a “mayday” training drill with first responders the previous month, both men worked together to get help. Koch radioed the district’s dispatcher, who then called 911, and helped Erks drink water from a jug kept in the truck. He kept her company until the first responders arrived about 10 minutes later. Meanwhile, Schaaf flagged down rescue vehicles.

Obscured by trees and tall grass, the wreckage wasn’t visible from the main road and was easy to miss, the men said.

“People drove by all day long and never even spotted it,” Koch said. “The car was goldish brown in color and kind of blended in with the grass being brown. It was just in the right spot.”

Erks was transported via medical helicopter to CHI Health Good Samaritan Hospital in Kearney, according to Ord Sheriff Casey Hurlburt. She suffered a broken vertebrae and broken wrist but is recovering, her daughter told the Ord-based PPD when she called to thank them.

Koch and Schaaf wouldn’t take full credit for the rescue, insisting it was a team effort that included the district office, the volunteer fire department and the helicopter pilot.

“It wasn’t just me and Bruce,” Schaaf said. “We couldn’t have done it without the rest of the people; a lot happened during those 45 minutes and it was just like a rehearsal. Everybody did their job and got things done.”

Victoria A. Rocha is a staff writer for NRECA. 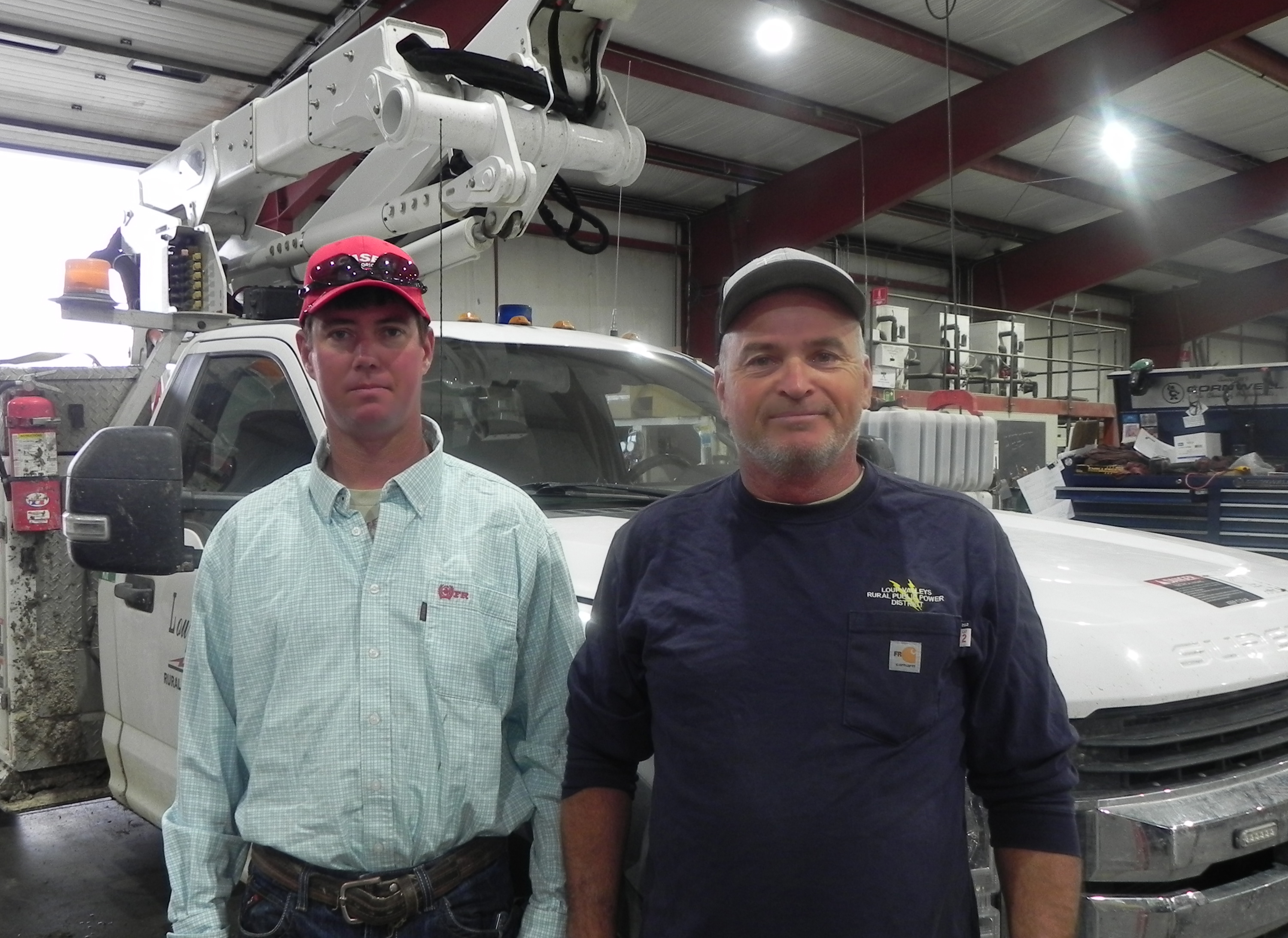